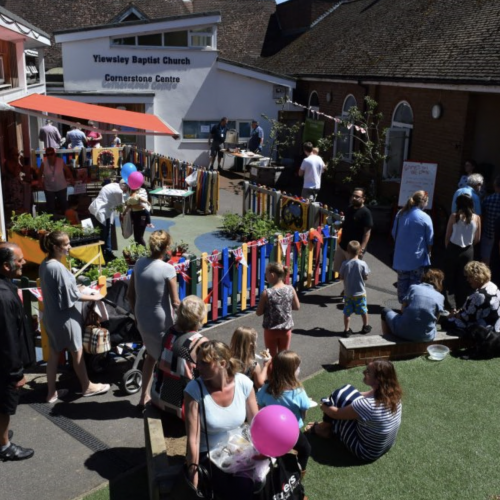 On Saturday 3rd June, Lodge Brothers Yiewsley were delighted to sponsor the Yiewsley Baptist Church Community Fun Day, providing cakes and biscuits for the refreshment stall at the event.

The entertainment for the day included, local musician Alanah Black, MJ, Teelow from the JC4Me Collective and an ensemble playing celebratory music from the Yiewsley and West Drayton Band. There was a bouncy castle, parachute games and other activities plus the London Fire Brigade brought a Fire Engine and there was a patrol car from the MET. Yiewsley Cornerstone Centre, Community Cancer Centre and P3 each had stalls displaying some of the work they do in and for our community with various fun bits and bobs too.