Trestles for The Royal Chapel, Windsor 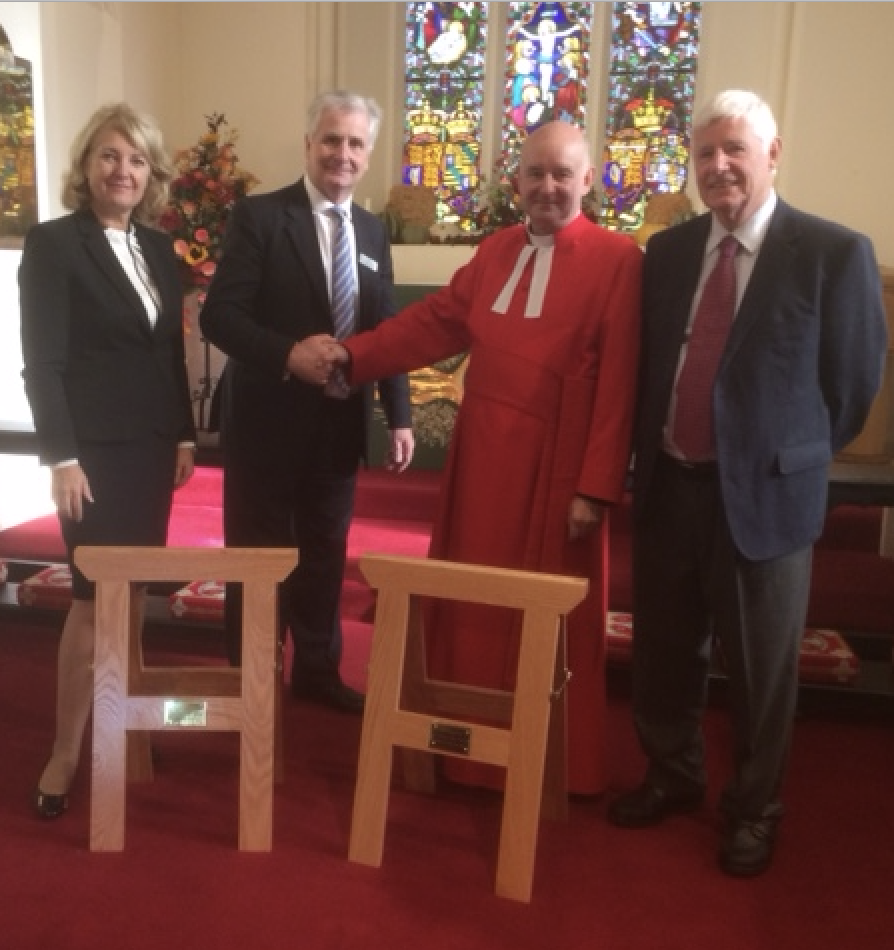 On a recent funeral at The Royal Chapel in Windsor Great Park, the funeral conductor noticed that the trestles used were “well beyond their best”. A phone call later and Lodge Brothers Funeral Directors’ District Manager Richard Leachman was on the case and offered to purchase a new set for the church. The result you can see in the picture. Ascot Branch Arranger Tom Hoyles can be seen shaking the hands of Canon Martin Poll, Rector of the Church, with Beverley Lodge (Director) lending her support.
The gentleman on the right is Mr Greg Begley, long-time member of the church whose wife’s funeral recently took place there. The trestles were presented to the church in the late Diana Begley’s name, and Greg was so pleased and humbled that there will be a lasting memory of his beloved, a lady who served the church well over many years.

Cookies
- Our site uses cookies to improve your experience. Read More
Okay
BRANCH LOCATOR CALL US
We are sorry but we are unable to process your floral order within 48 hours of the funeral. Please telephone our office on 0208 818 7725 for further advice
May 29, 2022 06:40:10