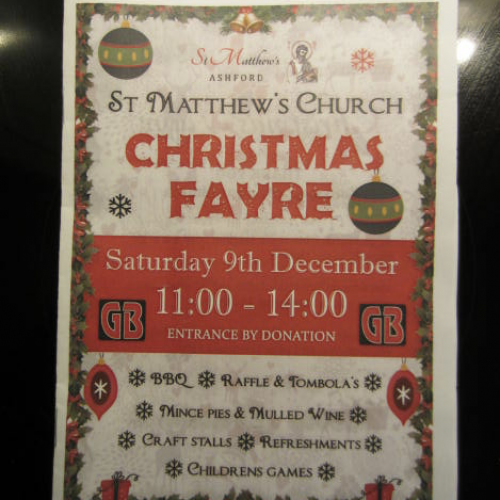 One of the Church of England churches in Ashford held a Christmas Fayre on Saturday, and asked Lodge Brothers not only to have a stall but to open the event too. St Matthew’s Church held the Fayre in their hall in Muncaster Close and Andrew Lodge, one of the Directors of the Company declared the event open at 11am. The stall sold mulled wine and mince pies for charity.
Richard Leachman, District Manager, said: “It was a great event with which to be involved, and any monies raised I know will be used wisely in our community”.