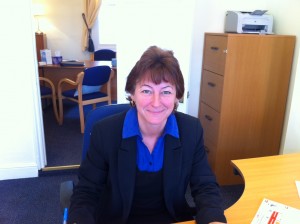 Up to two million people around the globe die each year because they have no access to life-saving devices.
But now researchers from the University of Texas have discovered that pacemakers – which use electrical pulses to regulate the heart – can be successfully removed after death and reused. It is hoped this recycling effort will provide a solution in countries where many have no access to or are unable to afford the expensive kit.

According to research, around 19% of people die with functioning devices fitted. Researchers collected and partially sterilised 66 fully functioning battery-operated pacemakers from deceased patients, and sent them to the Holy Family Hospital in Mumbai, India. After further sterilisation they were implanted into 53 heart patients, with no cases of infection or pacemaker malfunctions over an average follow-up of nearly two years.

Judy Close, a funeral arranger at Lodge Brothers & Wickenden in Ealing, decided to research how she could assist in this global research project. She discovered a company called Pace4Life who take on the challenge of sourcing reusable pacemakers and sending them to the developing world. Judy was then able to arrange donation of 150 pacemakers to this worthy cause, on behalf of Lodge Brothers.

During this process Judy also discovered that Lodge Brothers had a stock of unwanted hearing aids and artificial limbs, and so took on the challenge of sourcing companies who recycle and reuse these expensive products.

If you would like to find out more about this new project we encourage you to get in touch with your local Lodge Brothers branch.