Official Opening Ceremony and Service of Dedication at Dedworth Branch 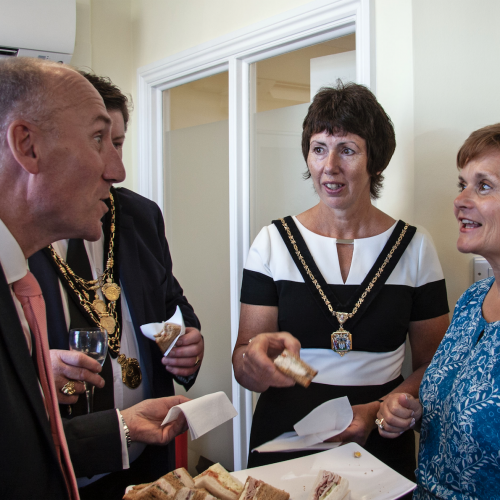 The Official Opening Ceremony of Lodge Brothers new branch in Dedworth Road, Dedworth was held on Thursday 28th June.
Richard Leachman, District Manager for the area, opened with an introduction to the Lodge Brothers family history and an outline of the company’s philosophies. Local clergy members joined together and prayers were read in the Dedication and Blessing of The Chapel of Rest, and after a brief speech welcoming Lodge Brothers to the area, the commemorative plaque was unveiled by The Worshipful The Mayor of Windsor & Maidenhead, Councillor Paul Lion.
Alongside the clergy, guests included representatives from local businesses and hospices.
Buffet and refreshments were provided afterwards.
Photo shows Claudia Lewis (Dedworth Branch Funeral Arranger), Richard Leachman (District Manager), Jill Palmer (Windsor Branch Funeral Arranger)

Cookies
- Our site uses cookies to improve your experience. Read More
Okay
BRANCH LOCATOR CALL US
We are sorry but we are unable to process your floral order within 48 hours of the funeral. Please telephone our office on 0208 818 7725 for further advice
May 25, 2022 20:56:17