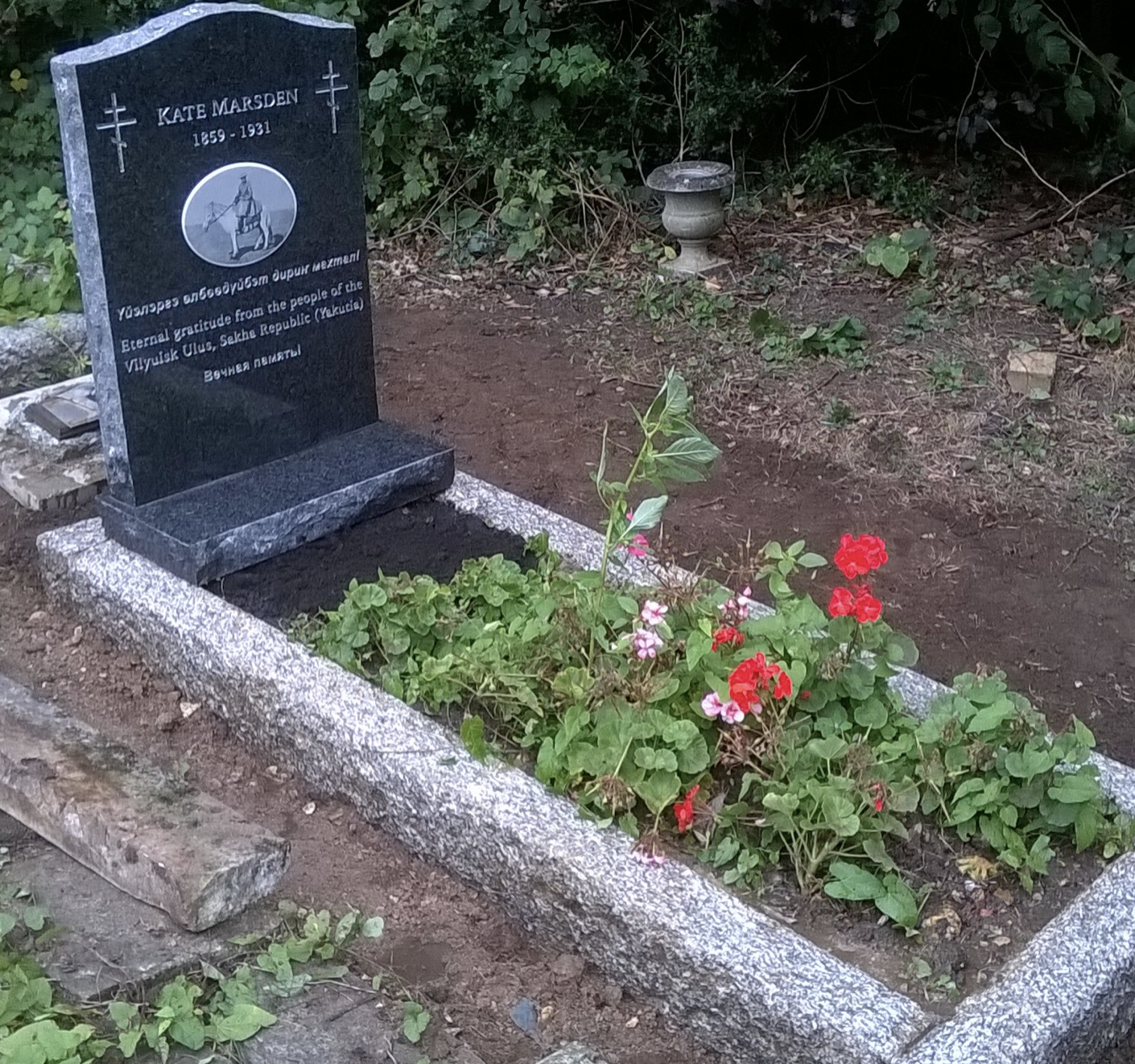 Lodge Brothers Memorial Masons were recently commissioned to produce a headstone to mark the grave of Kate Marsden, an extraordinary woman of international humanitarian dimensions, who lived in the Borough of Hillingdon, and was buried there in an unmarked grave.

Kate Marsden travelled to Russia with endorsement from Queen Victoria and the Prince of Wales, and was awarded the Russian Red Cross for her service as a nurse, tending to wounded soldiers in the Russian Turkish War 1877.

A devout Christian, she entered in to close cooperation with Russian Orthodox clergy and Russian authorities.

She settled in Yakutia, where she served as a catalyst for the building of a leprosarium to help the native population that were ravaged by the dreadful disease. She wrote books about this on her return to England, and all proceeds earned went back to support the running of the leprosarium.

She was one of the first women Fellows of the Royal Geographical Society, and she founded the Saint Francis Leprosy Guild in London 1895.

She spent her final years penniless in Hillingdon living with her two sisters and some friends who cared for her. She was buried in 1935 in a grave that she shared with the friends she lived with, which until now had been unmarked.

The consecration of this monument will be the first honour bestowed on her in England since 1890.

Cookies
- Our site uses cookies to improve your experience. Read More
Okay
BRANCH LOCATOR CALL US
We are sorry but we are unable to process your floral order within 48 hours of the funeral. Please telephone our office on 0208 818 7725 for further advice
Jun 29, 2022 17:19:54