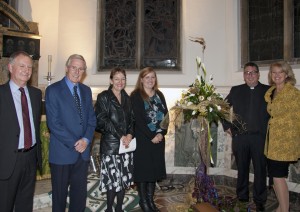 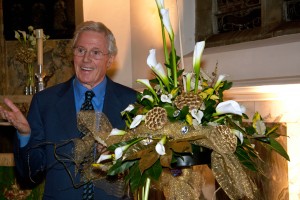 St Mary Oatlands Church in Weybridge is celebrating its 150th anniversary, and last weekend’s Flower Festival, organized by Reverend Steve Brunn and his wife Sharon as part of the celebrations, was a resounding success.

Local celebrity resident Michael Aspel opened the event at the Preview Evening on Friday, and the displays were on view to the public all weekend.

The Lodge Brothers floral display, based on the theme of “The Resurrection”, was designed and created by Sharon Brunn, who also acts as a relief Funeral Arranger for Lodge Brothers.

Cookies
- Our site uses cookies to improve your experience. Read More
Okay
BRANCH LOCATOR CALL US
We are sorry but we are unable to process your floral order within 48 hours of the funeral. Please telephone our office on 0208 818 7725 for further advice
May 28, 2022 06:13:51