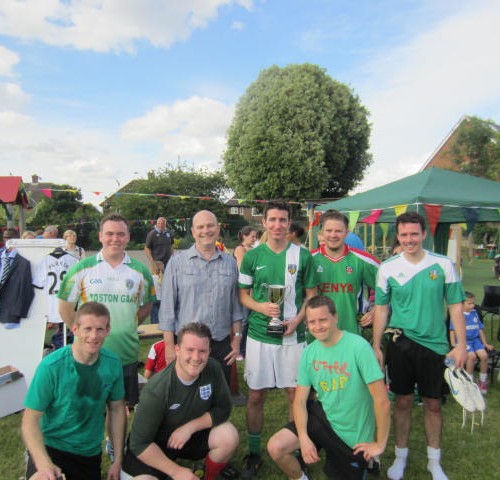 St Michael’s School in Ashford held their annual ‘Dad’s Football Tournament’ last Saturday and this year the teams had something to battle for!

A magnificent trophy and winners and runners-up medals were provided by Lodge Brothers, the local family-run funeral directors. Eight teams battled for over four hours on a warm afternoon, before a team made up of school teachers defeated one of the dad’s teams in the final, despite vociferous support from their wives and children on the touchline!

School Headmaster, Mr John Lane called the event “a huge success” as Richard Leachman, Manager of Lodge  Brothers in Ashford handed out the medals and Trophy to the finalists.

Mr Leachman commented, “It was a great day and I am pleased my Company was able to be involved in such a tangible way. It is right that we can support our local community, and those at St Michael’s who put the event together  should be commended”.

Cookies
- Our site uses cookies to improve your experience. Read More
Okay
BRANCH LOCATOR CALL US
We are sorry but we are unable to process your floral order within 48 hours of the funeral. Please telephone our office on 0208 818 7725 for further advice
Jun 27, 2022 07:30:02