Lodge Brothers in Lightwater Donate to the Mayors Charities 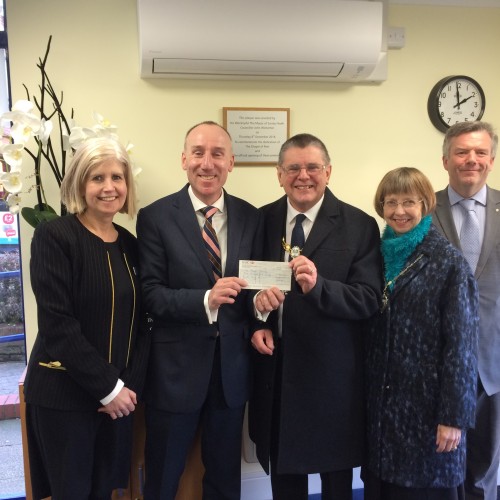 The Mayor and Mayoress of Surrey Heath attended Lodge Brothers’ new branch in Lightwater last week, where they were presented with a donation cheque by Chairman Robert Lodge for the Mayor’s charities.

The Mayor, Cllr John Winterton, performed the Dedication Ceremony at the  Lightwater branch in December, and remarked, ‘Thank you very much to everyone at Lodge Brothers for the kind donation to my charities. I believe the new branch will be an excellent addition in Lightwater.’