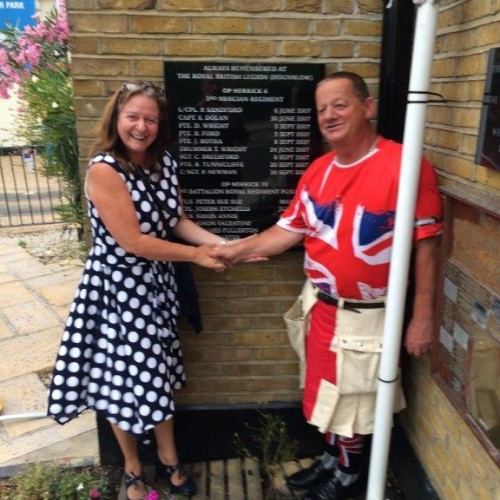 Lodge Brothers Hounslow were very happy to help out their local branch of The Royal British Legion by making and donating a plaque in memory of the fallen soldiers who were based at Hounslow and fought in Iraq and Afghanistan.  District Manager Kevan Foley and Hounslow branch Funeral Arranger Jackie Crew attended the Memorial service and the unveiling of the plaque by the Mayor of Hounslow.

Kevan said, ‘It’s been a real privilege to be involved with this dedication and meeting the mothers of the fallen soldiers was very humbling.’  Jackie is pictured here with Andre McGill of The Royal British Legion (Hounslow) in front of the new plaque.