Feltham Says Goodbye to ‘Pillar of the Community’ David Howell 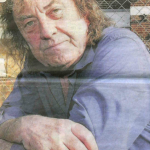 Lodge Brothers of Feltham recently conducted the funeral of David Howell who has made an outstanding contribution in the local community.

For 17 years David was PA to Russell Kerr M.P for Feltham and Hounslow. He was well known in Feltham for setting up the Feltham Community Association and after endless battles with the council established a permanent Community Centre in the old Hanworth Road School building.  He encouraged a young man with an interest in painting  the walls of the centre to become a celebrated artist.

He was always in touch with local people and was behind many petitions taken to Parliament.

Dora Manning, Feltham Branch Funeral Arranger, said, ‘David Howell was a local inspiration. He was always helping others in the community, and at his Funeral the local MP for Feltham and Heston gave a glowing tribute.’