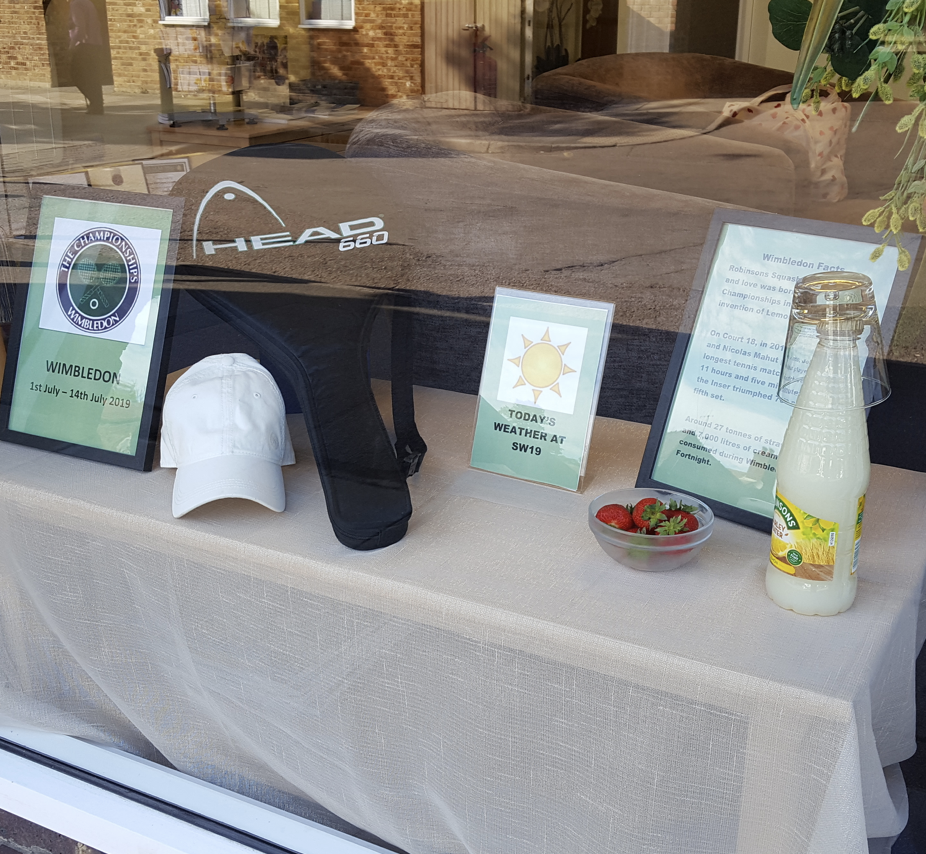 This year, to celebrate Wimbledon Fortnight, Claire at Cobham branch has included in her window display some interesting Wimbledon facts:

Good luck to all the players!!

Cookies
- Our site uses cookies to improve your experience. Read More
Okay
BRANCH LOCATOR CALL US
We are sorry but we are unable to process your floral order within 48 hours of the funeral. Please telephone our office on 0208 818 7725 for further advice
Jun 29, 2022 17:44:52