11 Things You Didn’t Know About Poppies 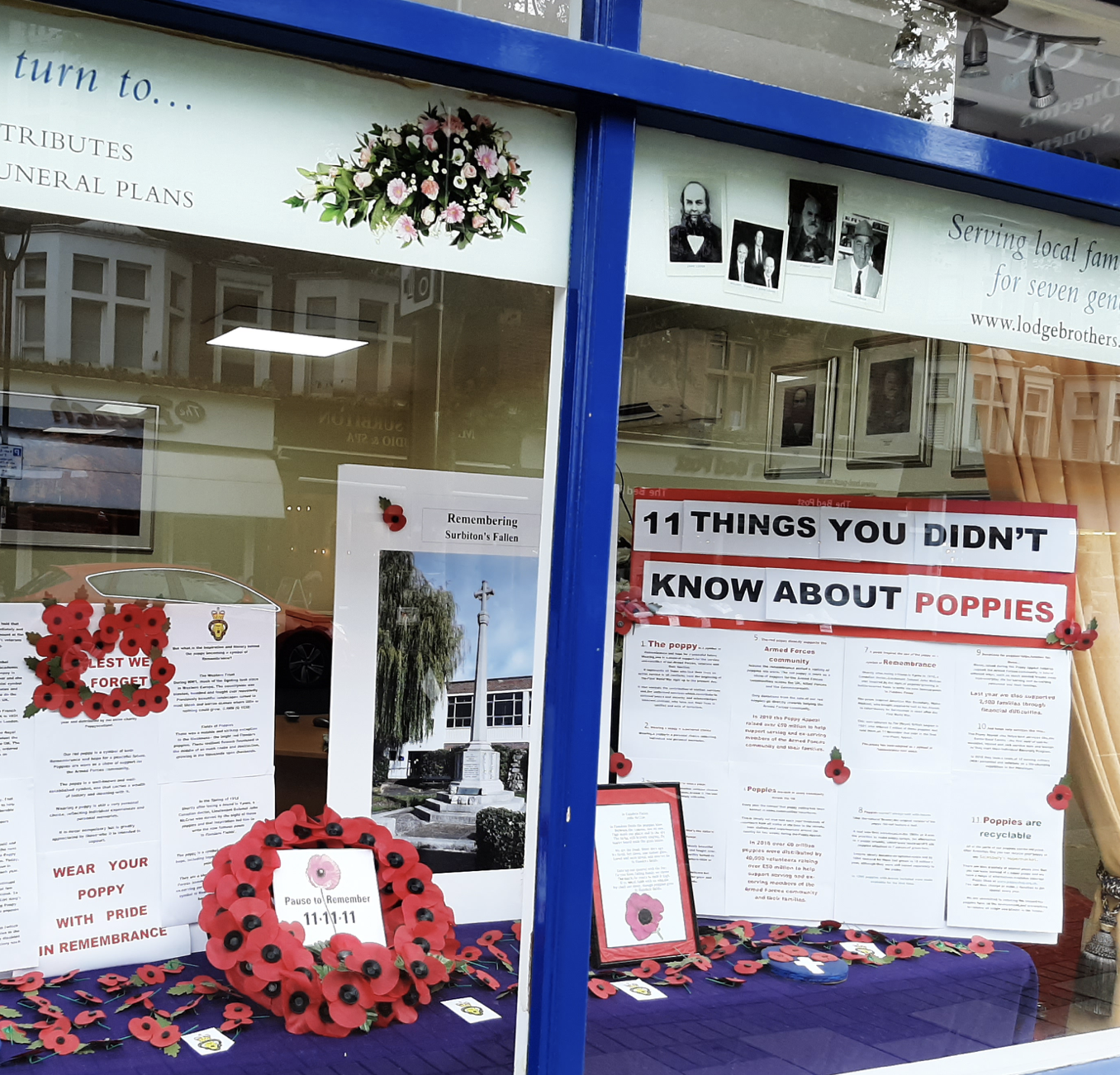 Our Surbiton branch arrange Jane has included some very informative elements in her Remembrance window display this year. She explains:

“I have based my theme on 11 Things You Didn’t Know About The Poppy and have also included a brief history of the Royal British Legion too, who campaign the Poppy Appeal.

The Poppy Appeal is the Royal British Legion’s biggest fundraising campaign held every year in November, the period of Remembrance. By the wearing of a poppy it is a symbol to say Thank You to all who served, the sacrifices that were made and the changes to our world.

Also a local resident Mrs Diane Stevenson, has once again asked if I would like to borrow the Campaign Medals awarded to her late Father, Mr Bill Bartlett who served in the Royal Navy, which I have placed in my window display.”

Cookies
- Our site uses cookies to improve your experience. Read More
Okay
BRANCH LOCATOR CALL US
We are sorry but we are unable to process your floral order within 48 hours of the funeral. Please telephone our office on 0208 818 7725 for further advice
May 28, 2022 04:54:45